Have you been living with the buzzing, whistling and humming sounds of tinnitus for years? Have you seen your doctor, only to be told that your tinnitus was caused by damage to the sensitive parts of the cochlea, and there is no cure, and only limited treatments available? 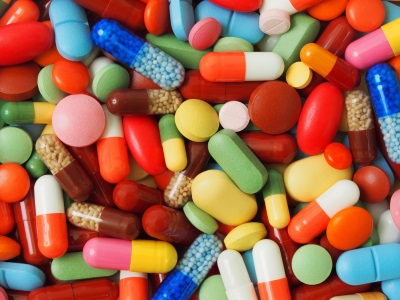 Did you know that some of those over-the-counter medicines in your medicine cabinet right now could be responsible for your tinnitus? Find out how you can turn off the noises in your ears by simply throwing out your pills!

There may be reason for you to look at some other causes of your tinnitus – namely some common drugs that cause tinnitus as a side effect.

About 50% of the American population is taking at least one prescription drug, many for common ailments such as high blood pressure, high cholesterol, and depression. As is usually the case, every drug has has some type of side effect.

In addition to the drug performing as advertised in treating a particular ailment, that drug also causes other reactions in your body that are not desired, but tolerated in order to receive the positive benefits. Some of these medications are drugs that cause tinnitus.

I’ve researched 5 common drugs taken by large segments of society that can cause tinnitus as a side effect.

Also known as Sumatriptan, Imitrex is a receptor subtype agonist, used in the treatment of migraine headaches. Simply put,Imitrex works by constricting blood vessels (vasoconstriction) to relieve that intense pain from a migraine headache. Imitrex may increase blood pressure – not good for tinnitus. Those with chronic vascular disease or heart conditions should be careful when using the drug. Of course, one of the side effects of Imitrex is tinnitus.

Levaquin is in a class of drugs called quinolones and is usually prescribed to treat serious cases of bacterial infections of the lungs, skin and urinary tract. One of the major side effects of Levaquin is the rupture and injury of tendons – mainly in the elderly. Phototoxicity (sunburns and blistering sunburns) are another serious side effect. Tinnitus is another, irritating side effect of this drug.

A beta blocker, used in the treatment of high blood pressure, angina (chest pain caused by blocked arteries in the heart) and heart attack. Lopressor is also used as a preventative for migraine headaches and the for treatment of anxiety. Tinnitus is a common side effect of this medicine.

Neurontin is an anti-epileptic medication that is also used to treat nerve pain from the herpes virus (shingles). Neurontin is a powerful drug that can have serious side effects relating to kidney, liver and heart disease. Count tinnitus as another possible side effect of this drug.

Pepcid(Famotidine) is a histamine-2 blocker that reduces the amount of acid in the stomach. Pepcid is used to prevent and treat ulcers of the stomach and intestines. Side effects of Pepcid may impair quick thinking and reaction time. Tinnitus is high on the list of possible side effects too.

Of course, this is just a short list of drugs that cause tinnitus – consult with your doctor if you feel that any drugs that you’re taking now are contributing to your tinnitus.

Thanks to Yuya Tamai for the Drug Store Image!